Most men believe that wearing underwear is as simple as grabbing a pair of whatever they see first and tossing them on - but that would be the first mistake to avoid.

But how can men do anything wrong or make mistakes when it comes to underwear?

Look, wearing underwear isn't complicated by any stretch of the imagination, but there are certain ways to wear and not wear them, a correct process for washing and drying, and various types to avoid adding to your wardrobe altogether.

Instead of running a Google search for hours on end or ignoring the embarrassing mistakes altogether, read this ultimate guide highlighting the 16 most common men's underwear mistakes to avoid. Your health and hygiene will thank you. 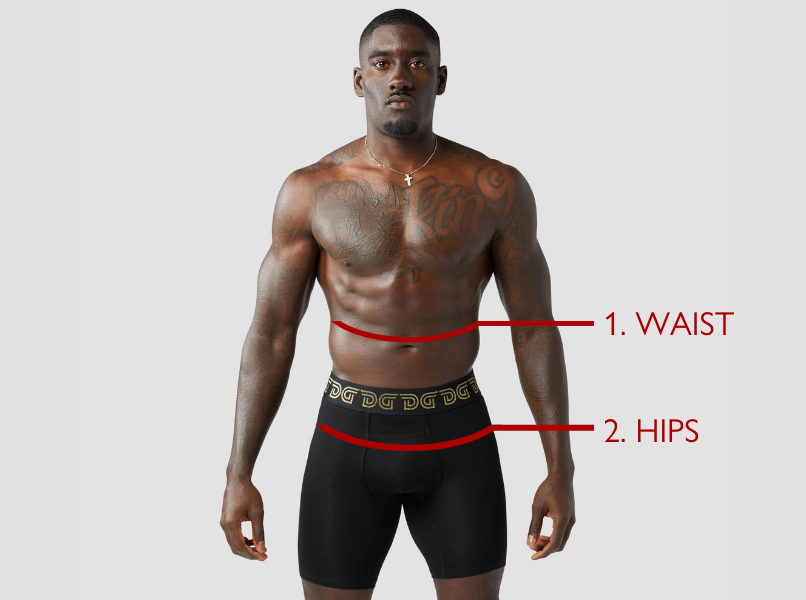 NOT WEARING THE RIGHT SIZE

Don't go stain blind. You may be used to the dribble stains on or holes in your drawers and think nothing of it, but it's the first thing women see when it's time to rip your clothes off and get down and dirty. Flip the script for a second - what would you think if you saw a bunch of stains on a girl's panties?

Yup. If they're stained, it's time to get new underwear no matter how much you love 'em.

There's no definite answer for how often men should replace their underwear seeing as it varies on activity type and the quality of the brand, but the average accepted time frame is to replace men's underwear once every five to seven months.

A general rule of thumb is that if your underwear is becoming loose, stained, frayed, or thin, take it as a sign that you're supposed to replace it with a new pair of underwear that matches your outfit.

To see if your underwear is past its 'use by' date, check out this top story explaining when to buy new underwear.

When you're done working out, being in the heat, or playing a sport, shower, change your clothes & underwear, and wash them as soon as possible - no matter what. Odor causing bacteria thrive in dark, warm, and moist environments, and by soaking in the heat and sweat, you're allowing them to fester and grow.

Not to mention that it's straight up nasty.

This may be the most common and most unknown underwear mistake; it's important to wear the right fabric for what you're doing. While certain fabrics like cotton underwear are great for everyday wear and above average sweat absorption, the absorbing can backfire if you wind up doing something that makes you sweat excessively.

You also want to make sure that the underwear has a proper blend of spandex with quality fabrics and is not just entirely made of spandex.

Softer, more luxurious fabric like micro modal is best for lounging, nights out, and intimate moments.

A pair of versatile cotton underwear is the top choice for comfortable everyday wear, moderate levels of activity, or sedentary careers.

Wear underwear made of light, fast-drying fabric like nylon for high levels of activity, days out in heat, or anything that requires you to move a lot.

If your Drawlz touch your bawlz, wash 'em. That's it!

Never wear underwear multiple times between washes as doing so negatively impacts your health by inviting build up of odor causing bacteria and premature holes and stains. If you wear 'em, wash 'em.

Washing your underwear with scented detergents that have chlorine or bleach lead to premature aging and color fading, so stop using those tasty tide pods if they have these additives.

Not to mention the fact that your drawers are the only clothes that come into contact with your manhood all day everyday. Think about this for a second - if these chemicals damage your underwear, imagine what they do to your body.

Although drying your underwear in a machine is easy and quick, it ages your underwear even faster than using harsh detergent by causing it to fray, shrink, and thin. Hang them out to air dry instead.

Boxers or briefs provide next to zero absorbency or moisture wicking capabilities and can easily lead to uncomfortable irritation or chafe - not to mention the fact that you'll look like either a toddler or 90 year old man.

Your best bet as a modern man in today's world is to search for a pair of boxer briefs with a perfect blend of comfort, health, and style. 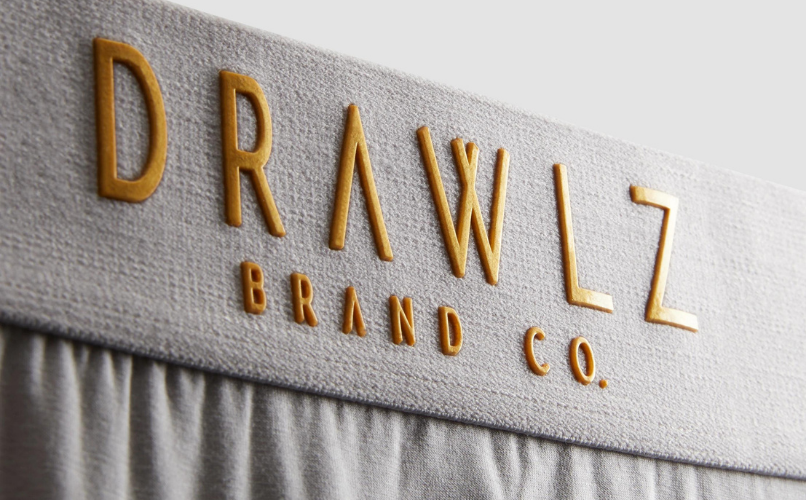 If your underwear doesn't have moisture wicking capabilities like cotton, micro modal, or nylon, it's time to upgrade.

Moisture wicking boxer briefs absorb sweat, pulls it away from the body, and draws it to the exterior of the fabric, therefore evaporating the moisture faster and more efficiently. Underwear fabric without this feature evaporates much slower which leads to bacteria buildup in the groin, waist, and thighs, clinging odor, and chafing or irritation.

STUCK IN THE SAME STYLE

You don't wear the same shoes, pants, shirt, and hat everyday that don't match each other, and your undergarments are no different. If you find yourself wearing the same underwear brand and styles from 2004, it's time to break free and stack your wardrobe with different styles of Drawlz that match any outfit.

NOT USING THE FLY

Ya know the fly in front of your undergarments? It's not just ones of those details for decoration - this ambiguous feature on the front waist is meant to be used as an easy access point to drain the main vein.

Not only is the fly there to make your life easier, it also prevents excessive stretching on the underwear and allows heat to escape so your boyz can breathe.

Drawlz Tipz: Out of all three fly options, boxer briefs with a horizontal fly is the best option.

We already went over how wearing underwear that's too tight negatively affects sperm count and libido during the day, and the same applies to when you hit the hay. Your body regenerates and is meant to heal itself throughout the night, but when your manhood is squished between your body and a pair of skintight undergarments, this can't happen efficiently.

The best type of undergarments for sleep is anything luxuriously soft that's secure but night tight, like the micro modal Drawlz Originalz.

Whether you're trying to appear more professional or boost your sex appeal, tucking your dress shirt into your underwear is a surefire way to appear less professional and less sexy.

Buying cheap anything means you'll just pay for it later, and any undergarment is not different. While it may seem cheap now, you'll pay for it sooner rather than later with chafing, premature fading, irritable frays, and other problems listed in this underwear guide.

Also don't fall for the 'made of cotton' trick - check the reviews to ensure that the cotton is plush, comfortable, breathable, and provides support.

While we did provide suggestions for general underwear care above, each brand has their own specific set of care guidelines. When ordering quality underwear, take a moment to read the inside label and follow the cleaning instructions to prolong the life and vitality of drawers.

Drawlz Tipz: Check out this ultimate guide to cleaning, using, and taking care of Drawlz. 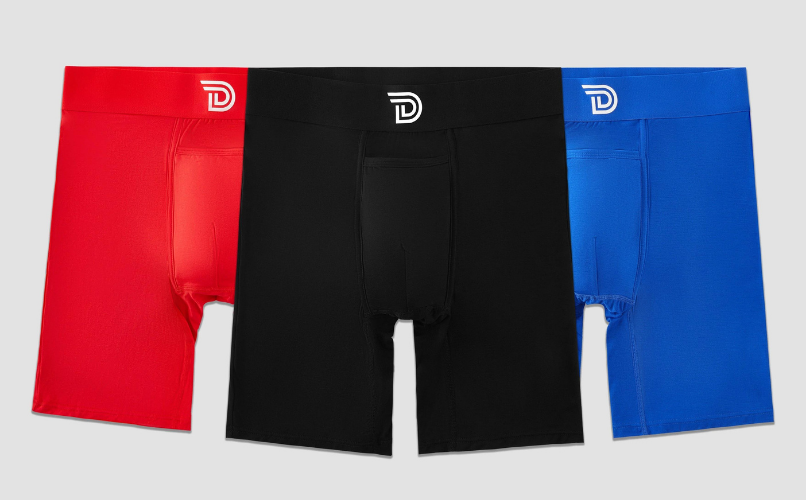 SHOULD MEN’S UNDERWEAR BE TIGHT OR LOOSE?

Neither. Men's underwear should be secure around the thighs and waist, but not suffocating, and have extra room around the groin to allow natural movement while providing support.

The same guidelines apply when you're shopping for trousers.

Boxers and/or briefs don't affect the size of the package, just how big the package looks. In other words, boxers and briefs will make your third leg look smaller, but it won't make it smaller; on the other hand, the right pair of boxer briefs can indeed accentuate your assets.

HOW MANY TIMES A WEEK SHOULD A MAN CHANGE HIS UNDERWEAR?

I'll say it again for everyone in the back: Wherever you are in the world, if your Drawlz touch your bawlz, don't wear them again until they're washed - there's no right or wrong number of times per week. If you wear 'em, wash 'em and put on a fresh pair.

WHAT IS THE POINT OF THE HOLE IN MEN’S UNDERWEAR?

Known as an underwear fly, the hole in the front of your drawers serves as an easy way to get to the goods when nature calls.

I'd say that it's safe to say that we covered all of the common mistakes men should stop making when it comes to their skivvies. Do your best to follow these rules and you'll have a comfortable, sexy, and confident experience every time you slip into a fresh pair of Drawlz.